Goodwood Revival, close but no cigar...

Goodwood revival, close but no cigar (actually that’s not true at Goodwood)

For James, the Goodwood Revival is one/if not the highlight and must do events of each year’s race calendar. As normal, he entered his Beautiful ex Dan Gurney 1963 Brabham BT7 in the Glover trophy. Qualifying didn’t quite go to plan, it started well with us (the mechanics) having our own race to be at the front of the queue to go out for qualifying where we secured P2. Out on track between either not getting a clear lap and failing to feel as comfortable in the car as normal James managed to qualify P5. Between qualifying and the race, we made some setup/geometry alterations to try and help James feel more settled in the car.

Starting on the 2nd Row at Goodwood with 4 Lotus cars ahead, James had some work to do. By lap 4 James was up to P2 and having a battle to defend his position from Andrew Beaumont. This continued for half a dozen laps crossing the line regularly with only 0.1 seconds between them. Around lap 10, James managed to pick a better path through some back markers and start to gain a small lead with his Brabham over the Lotus 24 of Beaumont. This allowed him to change tact from defence to looking ahead for the leader Andrew Middlehurst who by now had an 8 second lead. Over the remaining 4 laps James managed to close the gap to finish only 5 seconds behind Middlehurst (and extend his lead to over 6 seconds ahead of Beaumont). 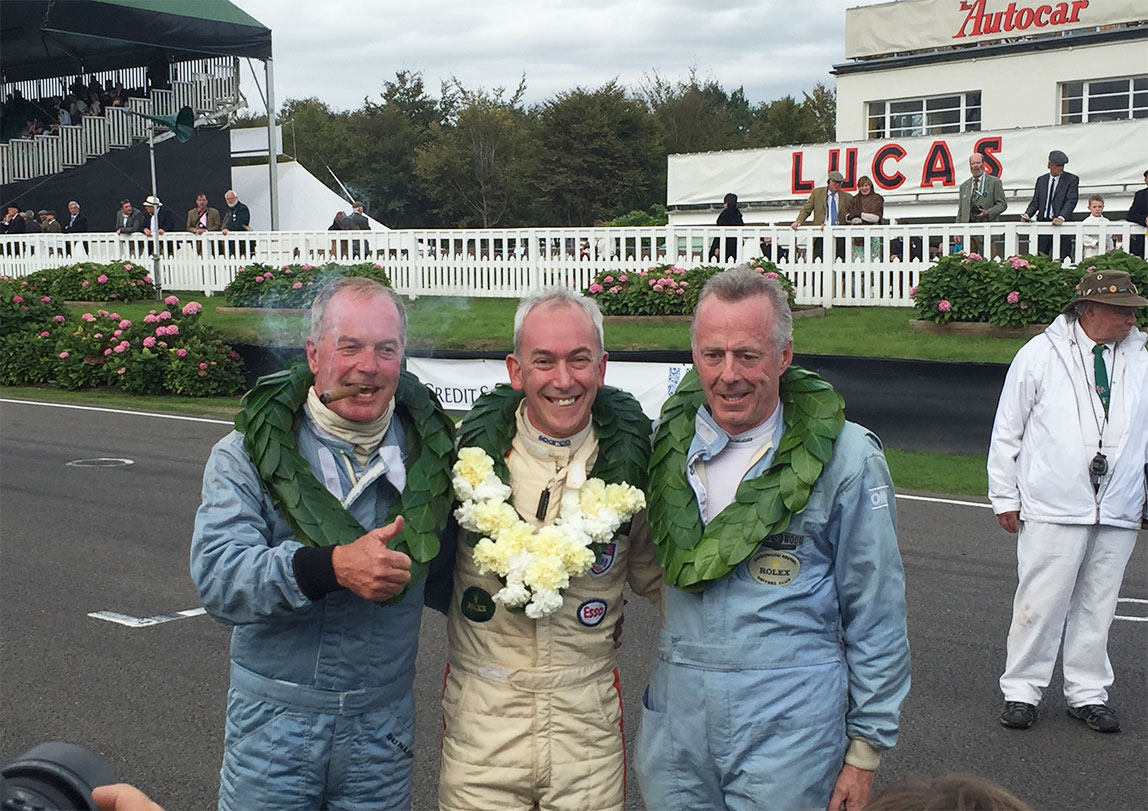 A huge congratulations to James on finishing 2nd (same result as 2014). We will have to see what we can do about Andrew Middlehurst and his Lotus 25 in 2016!!